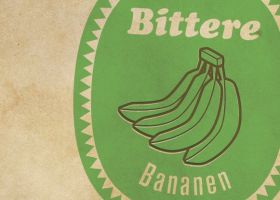 Ecuadorian banana group Favorita has issued a response to Oxfam Germany’s scathing Bitter Bananas report, rejecting the criticism of the social and environmental practices of its production subsidiary Reybanpac.

Oxfam accused the company, along with its competitor Noboa and German retailers Lidl, Aldi, Edeka, Metro and Rewe, earlier in January of being responsible for “massive violations” of labour rights at its Ecuador plantations.

However, in a statement to Eurofruit Magazine, Rey Banano del Pacífico (Reybanpac) rejected the allegations, claiming that it operated “in compliance with all Ecuadorian regulations related to the banana business, production and exportation, as well as the constitution, labour, social and environmental laws”.

A spokesperson said: “The workers receive wages and social benefits that are equal or higher than the minimum wage established by law.

“As a matter of fact, we have been granted a recognition by the Ecuadorian Social Security Institute as one of the corporations that fully complies with workers' contributions (social benefits).”

She added: “Through ‘Fundación Wong’, we provide education programmes to the workers’ families and communities where we operate.

“Also through Fundación Wong, we hold many initiatives for the environment’s protection, as supporting entirely a rainforest research centre named ‘Río Palenque’, not required by any law but aimed to safeguard the ecosystem.”