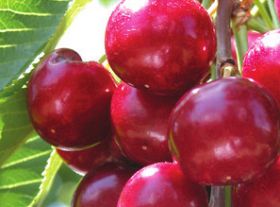 Cherry growers in the Pacific Northwest say spring frost and poor pollination were to blame for the smallest crop in eight years. The harvest weighed in at just 9.3m cartons (9kg), well below initial forecasts of 16-19m cartons.

Andrew Willis, domestic promotions director of the Washington Fruit Commission, said that while some growers had lost their entire crop due to the April freeze, others – particularly in the later producing districts of Washington where farms are at a higher altitude – had emerged virtually unscathed and benefited from higher prices due to lower supplies. Small cherries were in especially short supply this season.

Mr Willis said the small and late crop had made it difficult for marketers to find the right price but they had managed to sell all the fruit. Daily production peaked at 291,000 cartons, compared with a historic peak of 500,000 cartons, and this caused consumer demand to fall.

“Marketing was more difficult. Retailers didn’t have as much opportunity to stock shelves for the Fourth of July holiday. You miss those sales and you don’t have the post-Fourth full through to sustain the industry through mid-July,” he told the local press.

According to Dan Kelly, assistant manager of the Washington Growers Clearing House, gGrowers achieved an average price of US$50.65 per carton, compared with US$40.84 last year and US$36.21 in 2006.