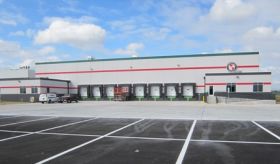 North Bay Produce, in partnership with Mid America Airport, has constructed and opened a new perishable warehouse which will facilitate the forward distribution of perishables from its member production sites across the Americas.

In addition to handling domestic shipments, the coldstore will facilitate the transit of fresh produce to China and other Asian customers through the airport in Illinois, which has been designated the “China Air Cargo Hub” in the US, the company explained in a press release.

North Bay said facility will have the ability to fresh pack blueberries, while current plans also include a high-care production wing which will create a “ready to eat” product offer.

The company’s 26 stockholders are located in the US, Argentina, Chile, Costa Rica, Guatemala, Mexico, Peru, and Uruguay.