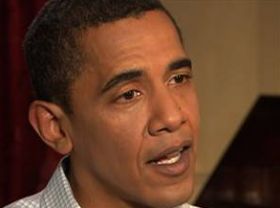 The second annual Kids' State Dinner, a healthy luncheon at the White House hosted by first lady Michelle Obama on Tuesday (9 July), received a surprise guest with the appearance of president Barack Obama.

Set up as part of the Let's Move initiative, children were invited to submit original recipes, with one from each state invited to attend the event.

During the luncheon, the US president told those present that food could be both "fun and healthy", before revealing to one quizzical child that broccoli was his favourite food, Yahoo News reported.

It was an answer welcomed by the United Fresh Produce Association, with the group's Ray Gilmer praising the efforts made by the presidential couple in striving to improve the diets of the country's children.

“We’re very pleased to hear that president Barack Obama has named broccoli his favourite food at today’s White House Kids’ State Dinner," Gilmer outlined. "We appreciate the emphasis on good nutrition and healthful eating that the president and first lady Michelle Obama have made, and their efforts surely have made an impact on the children who were at the special event today, as well as countless others across the country.

"It is important for all of us to remember that all fruits and vegetables are an important part of any healthy diet," he added.