Psa spreads to Wanganui in NZ 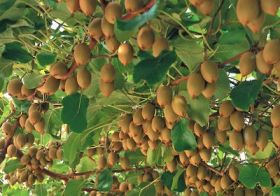 In New Zealand, Kiwifruit Vine Health (KVH) has announced that it has received a positive Psa-V test result on Hayward male vines, on a kiwifruit orchard in Wanganui.

The announcement marks the first confirmed case of Psa-V on an orchard in the Wanganui/Horowhenua region, the group noted.

As a result of the discovery, KVH has established a ‘Wanganui controlled area’ within a 10km radius of the infected orchards, and includes seven orchards in the area – there are 25 orchards in total in the Wanganui/Horowhenua region, comprising of 92ha.

All growers in the region are being advised of the situation by KVH, including best practice advice going forward, and KVH will hold a meeting for Wanganui growers next week.

KVH CEO, Barry O’Neil, said that the new find in Wanganui reinforced that no New Zealand growing region is protected from Psa-V, and that spring is when new Psa-V identifications are most likely to be confirmed.

“It’s very disappointing to hear Psa-V has moved into another region, particularly for the local growers," he said. "However, spring is a time when Psa-V symptoms will begin to surface.

“Based on the symptoms found — cankers with red exudate and cane dieback in male Hayward vines — it’s likely the disease has been in the area for some time and the symptoms are now starting to show after winter dormancy.

“Every grower in every region must be proactively and vigilantly monitoring their vines and maintaining a robust protective spray programme to protect their orchards," O'Neil added. "Don’t wait for Psa-V to be found in your region before you start monitoring.”