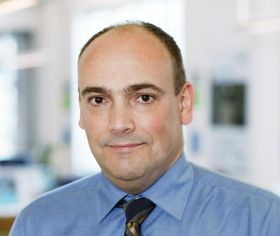 German container shipping giant Hapag-Lloyd has moved to appoint Damco head Rolf Habben-Jansen as its new chief executive, a role he will step into on 1 Jul 2014.

Habben-Jansen, who has been CEO of Damco since 1 January 2009, will remain in his current role until March next year, before succeeding Hapag-Lloyd's current chief executive Michael Behrendt.

“I am delighted with the supervisory board’s decision to appoint Rolf Habben-Jansen as my successor," said Behrendt. "Habben-Jansen is a manager who will successfully confront the major challenges in international liner shipping."

Damco thanked Habben-Jansen for his work, and revealed that a successor would be announced 'in due course'.

“Rolf Habben-Jansen has done a magnificent job and has been instrumental in developing Damco into its present position as a leading third-party logistics provider," noted Kim Fejfer, executive board member in the A.P. Moller-Maersk Group. "We appreciate his loyalty and willingness to secure a proper transition for Damco and wish him all the best in his new position.”