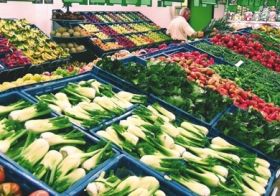 Switching to a vegetarian diet could help reverse diabetes, a new study has claimed.

Millions of people battling the killer disease could improve their blood sugar levels by eradicating meat.

Scientists believe removing animal fats could help cure the condition, leaving patients free from the disease. They said changes to diet could be used as an alternative treatment for type 2 diabetes.

Susan Levin, one of the study's authors, said: "A plant-based diet improves blood sugar, body weight, blood pressure, and cholesterol all at the same time, something no drug can do."

Across the world, 347 million people have diabetes, according to the World Health Organization. It predicts the disease will be the seventh leading cause of death by 2030.

The condition occurs when the pancreas does not produce enough insulin to take sugar out of the bloodstream, or when the body cannot effectively use the insulin it produces.

As part of the study, researchers in the US and Japan analysed the dietary patterns of 255 adults with type 2 diabetes in the US, Brazil, and the Czech Republic.

They found people who ate a low-fat vegan diet, or a diet of egg and dairy products but no meat, lowered HbA1c (glycated hemoglobin) by an average of 0.4 percentage points, and up to 0.7 points in some studies. This is comparable to the same effect of alpha-glucosidase inhibitors, drugs given to patients that help control their blood-glucose levels by preventing the digestion of carbohydrate, the researchers said.

A report with the study, said: "Vegetarian (including vegan) diets have benefits for cardiovascular health, hypertension, body weight, and plasma lipids, and also provide nutritional advantages compared with omnivorous diets."

Plant-based diets tend to be higher in fibre, which slows the rate sugar is absorbed into the bloodstream, researchers added.

Therefore, a vegetarian diet could be used as a 'treatment alternative for type 2 diabetes, they concluded.

The research was published in the journal Cardiovascular Diagnosis And Therapy.