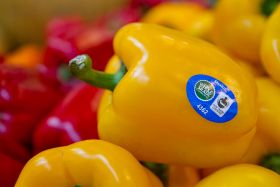 Agriculture is amongst the sectors that could benefit from a decision by Mexico to strengthen its commercial ties with Algeria.

A Mexican trade delegation made up of business leaders from the agricultural, biotechnology, metals and construction industries is currently visiting the North African country with a view to expanding its trade links with the nation and using it as a gateway to the African market in general, according to a report in Efe.

“In Mexico, we are looking for a strategy to enter North Africa, and Algeria offers a possibility for small- and mid-sized firms to establish themselves,” said Francisco Gonzalez Diaz, director of trade development agency Promexico.

At present, Mexico only exports limited quantities of food, medicines and other pharmaceuticals. The Promexico director met with high-level Algerian officials and business leaders, and he attended a business opportunities seminar on Sunday.

Mexico’s fruit and vegetable sector is undergoing a period of dynamic growth as more and more producers wake up to the fact that fruits and vegetables are more profitable than many other crops. One hectare of vegetable production generates an average annual income of US$8,500 – nine times more than grains – while a hectare of fruit production can yield US$4,600.

Mexico has already proven itself to be highly competitive in the fresh produce export arena. In the past ten years, the value of fresh vegetable exports has increased by 84 per cent, reaching US5.522bn in 2013 compared with US$2.998bn in 2004. The value of fruit exports tripled during the same period, climbing from US$1.240bn in 2004 to US$4.092bn last year.