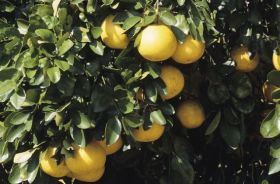 Florida is planning extensive fresh produce promotions in retail outlets across Taiwan for the first time next year, according to a Florida Department of Agriculture press release.

“We are proud to bring our unique brand and fresh produce to Taiwan,” said Putnam. “We continue to see growth in international exports of ‘Fresh From Florida' products, proving that there is nothing better than what we grow right here in Florida.”

The international trade mission included more than 400 surveys with a cross-section of Taiwanese residents and research analysis of local retail establishments. Contacts were made at Jason's Market Place and Wellcome Stores, which together represent 225 retail outlets in Taiwan, the statement said.

It is the first time the “Fresh From Florida” brand has partnered with stores in Taiwan.

Florida already exports oranges, blueberries and grapefruit to Taiwan, which has the highest per capita intake of fruit in the world. The US is the country's top supplier for imported fruits and vegetables.

In addition to this partnership, other recent Fresh From Florida successes in Asia include:

A two-year partnership with Outback in South Korea to bring Fresh From Florida grapefruit to 110 Outback locations in that country.

Okuwa grocery located near Osaka, Japan, has agreed to a second year of promotion of fresh grapefruit in 172 grocery stores in Japan and is in negotiations to examine conducting a Fresh From Florida promotion with several Florida products in 2015.

In Singapore, partner Growers Synergy will market Florida oranges and juice as well as explore including Florida blueberries and stone crabs in their 170 retail stores.

Fresh From Florida marketing will now be in 4,852 stores in 27 nations and territories, the FDA said.