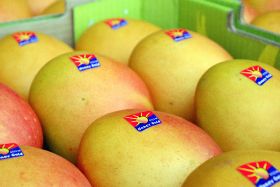 Australia’s mango industry has taken a significant step towards its goal of increasing mango exports by 100 per cent over the next three years, after officially winning access to the US market.

Australian Minister for Agriculture Barnaby Joyce announced the news at a press conference this morning (15 January), with initial shipments set to get underway later this month, as revealed by Asiafruit earlier this week.

Robert Gray, CEO of the Australian Mango Industry Association (AMIA), said it was a landmark moment for the sector, which launched a new Mango Export Plan last year.

“Our American consumers will get superb quality mangoes,” Gray explained. “Australian mangoes are in peak supply at the moment and production will continue through January and February, with a number of different varieties available. By opening the door to the US market, we will be able to drive demand and increase the volumes of fruit being exported to the US for future seasons, substantially benefiting the Australian mango industry and increasing grower profits.”

The Mango Export Plan is one component of AMIA’s Industry Strategic Investment Plan, which endeavours to increase grower profits by 20 per cent over the next five years.