Led by the chairman of the UK-Cuba Initiative, Lord Hutton, the trip marks the 20th anniversary of the founding of the Cuba Initiative 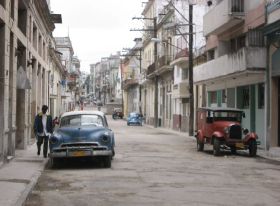 A 45-member delegation from the UK is in Cuba this week (w/c 27 April) aimed at exploring investment between the two nations in a wide range of sectors, including food.

Led by the chairman of the UK-Cuba Initiative, Lord Hutton, the trip marks the 20th anniversary of the founding of the Cuba Initiative.

A number of major new business deals were concluded during the visit, including ‘Project Papa’, to develop potato production and crisp manufacturing in Cuba.

Lord Hutton said: “This mission marks a real step-change in the UK-Cuba business relationship with clear appetite on both sides for new investment and trade deals to take advantage of Cuba’s new foreign investment law and approach to doing business.

“Projects amounting to over US$500 million have been signed this week in Havana, and bring new investment and new technology to Cuba as well as good business prospects for the UK companies and their Cuban partners.

“Coupled with policy changes in Cuba, and recent announcements from the US improving access to international finance for UK companies working in Cuba, this is the time to come to Cuba and look at the opportunities afresh.”

The UK-Cuba Initiative is an independent, bi-lateral, non-governmental body that supports programmes aimed at enhancing the UK/Cuban relationship. It was founded in 1995 in response to a request from the governments of the UK and Cuba.