Californian pistachio farmers, who have benefited from the sanctions against the world’s biggest producer, prepare for the return of their top rival 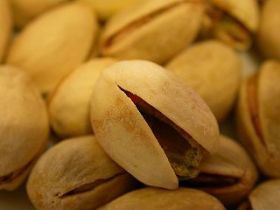 US pistachio farmers have expressed concern that the nuclear deal with Iran, and the subsequent lifting of sanctions against the country, could boost competition on the pistachio market and curtail the US industry’s continued success and expansion.

Iran stands as the largest producer of pistachios in the world, and Californian growers have benefited from the lack of Iranian nuts on the market. Pistachio farmers there have doubled their acreage over the past ten years, despite the drought conditions.

Reports have pointed out that the return of Iran could be good news for consumers, since pistachio prices have sky-rocketed in recent years, rising by 40 per cent in five years, according to Bloomberg.

However, Bloomberg also questioned the threat posed by a resurgent Iran. "Iran would struggle to sell into Europe and the US because of high levels of contamination from aflatoxin, a toxic chemical caused by fungus,” it reported.

Earlier this year, the president of US-based Wonderful Pistachios, Stewart Resnick, pushed farmers to plant even more of the nuts, according to Western Farm Press, since net returns on the crop were more than double those for almonds and walnuts.

The US pistachio crop was worth around US$1.3bn last year.