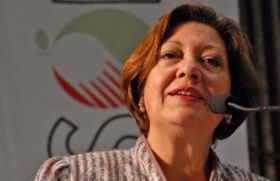 Despite ongoing uncertainty on world markets caused by the current financial crisis, the recent rise in the value of the US dollar is opening up opportunities for Chilean fresh fruit exporters, according to the country’s Minister of Agriculture Marigen Hornkohl.

“Fruit suppliers know perfectly well the significance of the rise in the dollar’s value and its impact on the industry’s outlook and expectations,” Ms Hornkohl said. “In the current climate, it’s good news, especially in terms of Chile’s potential to develop its position as a major food supplier.”

Speaking at a kiwifruit seminar organised by Chilean exporter association Asoex, Minister Hornkohl said the agriculture economy would continue to grow in the months to come in spite of the financial turbulence gripping the global economy.

“I’m convinced that 2008 will prove a good year for the agriculture and the food industries,” Ms Hornkohl explained.

“Chilean exports continue to grow, and although volumes rose by just 5.2 per cent in the first half of the year, shipments of agricultural, livestock and forestry goods rose by 13 per cent in August alone.

“Let’s remember and emphasise with satisfaction that Chile is the leading fruit exporter in the Southern Hemisphere, accounting for a significant percentage of the global market.”

In terms of exports, Chilean fruit sales have risen from US$800m in value during 1990 to some US$3.4bn last year.