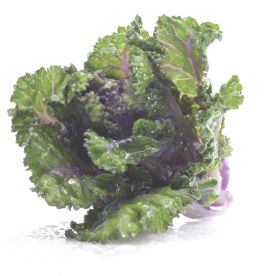 The Flower Sprout is poised to take European supermarkets by storm over the coming months, according to the marketers behind what is one of the fresh produce trade’s newest products.

Developed using a traditional, non-GMO method known as hybridisation, the product is a cross between the Brussels sprout and kale, and looks like a tiny cabbage with green frilly leaves and streaks of purple.

According to David Rogers, UK sales director at Flower Sprout’s inventor Tozer Seeds, the brassica has now become an established feature of supermarket fresh produce departments in   the UK and, following trials in continental Europe in 2014, could be about to achieve the same feat in several other European markets.

“When we started working on it, we saw an enormous potential so we kept working until finally, in 2010, we introduced the product at Marks & Spencer in the UK,” says Rogers.

Having convinced the vegetable category buyers at M&S, it has gone on also to become a regular item line at Aldi, Asda, Netto, Sainsbury’s and Waitrose in the UK.

Last season, trial sales took place in Germany, the Netherlands, Norway, Sweden and Switzerland. These have apparently led to listings in a number of European food retail chains that will mean greater visibility and, presumably, increased sales for the Flower Sprout brand from the end of October until March.

Meanwhile, the trademarked product is also being sold in the US under a different name, Kalettes.