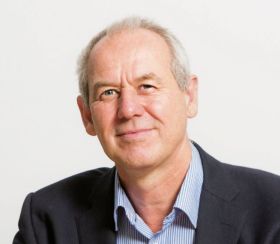 The Ethical Trading Initiative (ETI) has responded to trade union GMB’s call for multinational fruit company Fyffes to be expelled from the organisation.

Fyffes, it said, had therefore failed to abide by the rules of the ETI, a multi-stakeholder forum comprising of companies, trade unions and NGOs that promotes workers’ rights around the globe.

In response, ETI said that it recognised that the region and sector mentioned were areas where worker’s rights violations "were known to exist", and acknowledged the seriousness of the allegations made.

- Fyffes is a member of ETI, as is the NGO Banana Link, which ETI understands has recently raised concerns with Fyffes on behalf of SURAGROH melon plantation workers at the centre of the allegations

- ETI first became aware of issues on the plantation on Wednesday 10 February, the day before the GMB’s press release

- ETI reserves the right to expel members and has done so in the past, but only after a thorough investigation

“Once local processes have been followed, and if parties are unable to reach agreement, then members can raise this formally with the ETI and we take action according to our established procedures."

McAlister went on to note that the ETI is active in promoting workers’ rights across supply chains in line with its Base Code, a globally recognised code of labour standards to which all members commit when joining the ETI.

He also said that ETI is a tripartite organisation that includes global trade union federations – the TUC, ITUC and others – as well as companies and NGOs and that all have equal rights to raise issues of concerns on behalf of any other union, company or organisation.