Opening of Japan will serve as springboard into other Asian markets such as China and South Korea, officials claim 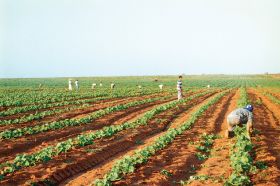