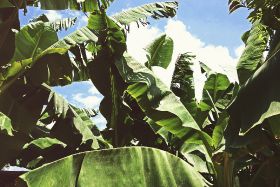 Nicaragua has reportedly lost around 70 per cent of its banana crop in the area around Rivas this year, after a severe drought struck the south-west of the country.

According to press reports in the country, the Rivas banana producers association Aplari and producers in Tolesmayda near Buenos Aires have called on the government to offer support to those growers affected.

Around 10,000 banana blocks are understood to have been planted this year in the area, with only those close to a nearby lake able to irrigate their crops sufficiently.

Aplari treasurer Roger Portobanco told La Prensa: “In other countries, producers can insure their production and when there are problems due to infestation, drought, flooding or other problems, the insurance supports them and pays your investment. We don't have that here.”

Jorge Masis, president of local producer co-operative Cooplari, said the drought had also had an impact on commercial operators.

"This has affected banana exports and the projects to process the product, such as the installation of a banana processing plant," he explained.

Nicaragua has been attempting to increase its banana export volumes in recent years, targeting shipments of around 8m boxes compared with 2m in 2013.