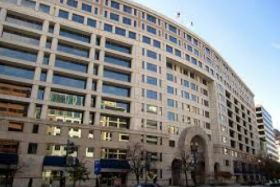 The report is funded by the Inter-American Development Bank

A new report funded by the Inter-American Development Bank shows that Latin America and the Caribbean (LAC) is well situated to face the demands of a growing global population in the face of climate change, thanks to an increase in agricultural research investment since 2000.

The report, entitled Agricultural Research in Latin America and the Caribbean: a cross-country analysis of institutions, investment and capacities, was carried out by the Agricultural Science & Technology Indicators (ASTI) and is available online. It looks at agricultural research and development (R&D) spending, funding sources, and human capacity, and allows users to examine key indicators across countries including investment levels and growth as well as gender, age, and education levels of researchers.

“Latin America and the Caribbean will play an increasingly important role in global food production in the coming years,” said Nienke Beintema, program head of ASTI and a co-author of the report.

“The region has the potential to meet the global challenges ahead, but only if countries make the financial commitment to research. Stable and sustainable levels of funding are critical to supporting effective research that yields increased agricultural productivity.”

The ASTI website features tools that enable cross-country comparisons, rankings, and in-depth analysis of key ASTI indicators. Users can explore how much countries in the region are spending on agricultural R&D.

By 2013 the region spent US$5.1bn on agriculture R&D—a 75 per cent increase from the early 1980s, with Brazil, Mexico, and Argentina leading the charge.

“The strides taken by many countries in the region can signal a positive future for the region,” said Cesar Falconi, agricultural economist at the Inter-American Development Bank, which funded the study.

“However, many Central American, Caribbean, and poorer Andean countries have very low levels of investment and human resource capacity, which raises doubts about the effectiveness of their national agricultural R&D efforts. It’s critical that countries work together to ensure that countries with weaker agricultural systems can successfully engage in meaningful research to benefit the entire population of the region.”