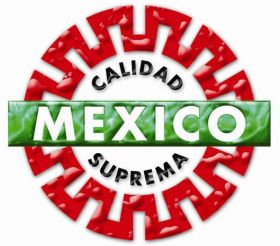 A recent press trip to Mexico allowed overseas journalists the opportunity to see how Mexico Calidad Suprema is helping its countrymen increase sales by obtaining global certification standards like GlobalGAP and MexicoGAP.

The benefit of having GlobalGAP accreditation was outlined during a visit to the state of Guanajuato, as part of Mexico Calidad Suprema’s programme to make European retailers and importers aware of the wide range of fruits and vegetables that Mexico can supply.

During the first of these visits, to tomato, pepper and broccoli producer Abogue near the town of Juventino Rosas, the firm’s Demetrio Aboytes Guerrero outlined the strides made by the company since achieving certification in 2011.

"It has helped open doors in foreign markets where standards are often very strict," he explained.

Abogue has invested 5.5m pesos (US$446,000) in new high-tech greenhouses, where pesticide usage is kept to a minimum, with the focus very much on employing biological pest controls.

Agogue, continued Aboytes, also organises refresher training classes for its employees and associated growers "every three-four months", as part of its ongoing efforts to ensure conformity to GlobalGAP regulations.

The company’s full product range includes not just peppers, tomatoes and broccoli, but also carrots and garlic, which its produces over a total of 115ha including 6.6ha of greenhouses.

Aboytes estimated that 90 per cent of the firm’s total output is exported to the US and Canada at the present time, although he added that Europe and Asia may be markets of interest in the future.

Elsewhere, leading Guanajuato-based fresh produce company Mr Lucky is aiming to make a greater impression on the European market and is hoping its MexicoGAP accreditation and broad production calendar could give it a competitive edge over rival Latin American exporters.

The company is a major producer of lettuce, celery, garlic, asparagus, broccoli, cauliflower, berries, cabbage, sweetcorn, beetroot and onions, among other products.

However, as the company’s marketing manager, Adrian Ortega, explained during a visit to the firm’s main production plant outside the city of Irapuato, Mr Lucky only exports garlic to Europe at the current time, although it is actively looking at ways of introducing other products.

The firm exports around 1,300 tonnes of garlic each year to principally Poland, the UK, Italy and France, where the product is sold under three distinct brands – Mr Lucky, Don Angelo and Javier’s Pride – as well as under retailers’ own labels.

Mr Lucky’s own garlic season typically begins each February when the product is harvested, before being shipped to Europe during April and May.

The key factor in the export cycle, Ortega said, was that the firm’s products reach Europe before June, when Spanish garlic enters the market.

He noted that the company was also looking to export asparagus and broccoli to Europe in the near future, adding that Mr Lucky’s all-year-round availability of both products could give it a competitive edge over other exporters.