The 2016 Mexican crop expected to weigh in at 66m-70m cartons, according to National Mango Board 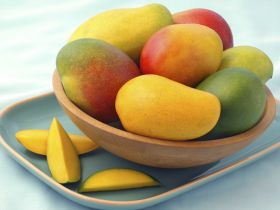 This year’s Mexico’s summer mango campaign is up and running after a later-than-usual start, according to the latest crop data released by the national Mango Board (NMB).

It said total mango shipments from Mexico for 2016 are expected to be between 66m and 70m cartons.

“The harvest is currently making the transition from central Pacific coast states (Colima, Jalisco, Nayarit and Sinaloa) into the northern Sinaloa region,” NMB said in a statement. “North Sinaloa began harvesting at the end of June, and approximately 10m cartons are expected from this region.”

Tommy Atkins are currently peaking on 10s, 12s and 9s, while early volumes of Kent are slightly larger, peaking on 9s and 10s.

“Overall we expect the percentages of round mangoes to move to larger sizes in the next few weeks,” NMB continued. “Ataulfo volumes are expected to steadily drop down until the end of their season at the beginning of August.”

Mangos from Haiti are also currently in the market. The Haitian mango season is expected to run through to September and weigh in at approximately 2m cartons. The main variety from Haiti is Madam Francis.

Brazil’s mango season is due to begin in the first week of August, with arrivals to the US starting in mid-August as Mexico’s volume begins to decline. Volumes are expected to be approximately 7.5m cartons.

The peak of the Brazilian season is expected to hit around the third week of September to mid-October and will wrap up in the middle of November. The main varieties from Brazil are Tommy Atkins, Ataulfo and Palmer.