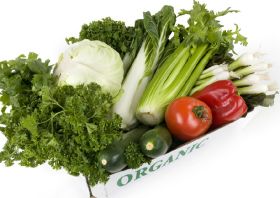 The European Union and Chile have signed an agreement to facilitate trade in organic products, the first such bilateral recognition between the EU and a Latin American country.

It allows for products produced and controlled according to EU rules to be directly sold on the Chilean market and vice versa.

It also reciprocally protects the organic logos of both parties and provides for cooperation, information exchange and dispute settlement in organic trade.

The deal applies to all organic products produced in the EU, while for its part the EU will recognise equivalence in unprocessed plant products, honey, processed agricultural products intended for food (including wine), vegetative propagating material and seeds.

This agreement will pave the way for other agreements in trade in organic products thus providing a strong foundation for the development of the organic sector, benefitting a growing industry and supporting jobs and growth at the global scale.

The EU’s organic sector has been growing at around 5.5 per cent a year for the past 10 years and today organics account for almost 6 per cent of EU agricultural land.

The agreement still needs to be ratified by the European Parliament.