Four companies are behind the 15,000-carton consignment which is due to arrive in Shanghai at the end of June 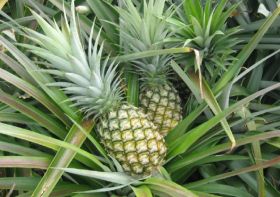 Costa Rica has carried out its first pineapple exports to China following the signing of the phytosanitary protocol in March.

Nine containers with around 15,000 12kg cartons left Costa Rica on Thursday and is due to arrive in Shanghai at the end of June according to Abel Chaves of national grower-exporter association Canapep. He said similar shipments are expected to continue on a weekly basis.

The companies behind the first shipment are: Grupo Acón, Agromonte, Productos Agropecuarios Visa and Upala Agrícola.

“This is the first step in conquering a market in a region where there are also pineapple producing countries like the Philippines and Taiwan,” Chaves told Efe.  “It is therefore very important that these first shipments arrive in good quality.”

There is a high level of interest in Costa Rican pineapples among Chinese importers and producers believe the market could absorb a very significant part of the country’s production in the future.

Esteban Corrales of Chestnut Hill Farms said the company is looking to build long-term relationships with both the wholesale and retaile channels.

“We have visits from Chinese clients lined up for June and are in negotiations with a number of supermarkets that operate in China,” he told Fruitnet.

Laura Bonilla of the Costa Rica Chamber of Exporters (Cadexco), said cooperation among exporters is the key to exploiting China’s potential.

“The goal now is to come up with a national strategy that includes producers, Cacexco, Canapep, the foreign trade ministry and trade promotion agency Procomer in order to conquer the market,” she said.

Chinese pineapple imports grew by an average of 38 per cent a year between 2011 and 2015 according to official figures cited by Costa Rican authorities. Costa Rica is the world’s leading pineapple exporter, selling around US$1bn of the fruit every year.