US clears way for resumption of DR imports 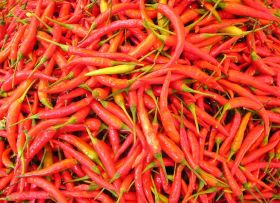 The US has lifted a ban on fruit and vegetable imports from seven provinces in the Dominican Republic after they were declared to be free from fruit fly.

The federal order, which was issued by the US Department of Agriculture’s Animal and Plant Health Inspection Service (Aphis) on 12 December, paves the way for the whole of the Caribbean country to be able to export to the US.

Exports from La Altagracia, La Romana, Samaná, San Pedro de Macorís, El Seibo, Hato Mayor and Monte Plata had previously been restricted following the detection of fruit fly in the town of Punta Cana in the province of La Altagracia, in March 2015.

Prior to the ban the US was the leading destination for the Dominican Republic’s vegetable exports and the second biggest market for fruit exports.