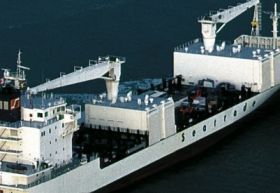 The Comprehensive and Progressive Trans Pacific Partnership (CPTPP) will be signed by 11 countries in March, bringing lower trade tariffs and improved market access.

The deal was struck overnight on 24 January at a meeting in Tokyo.

The CPTPP was created to refresh a trade deal when the US withdrew from the Trans Pacific Partnership (TPP) agreement in January 2017.

The CPTPP will be the world’s largest ever regional trade agreement. For Australia, it includes three of the country’s top 10 agricultural trade markets: Japan, Vietnam and New Zealand.

During the signing, Vietnam and Canada will exchange separate letters with other members on the respective topics of cultural industries and labour protection, to resolve their concerns.

The signing will take place in Chile on 8 March.