After 23 years, renegotiating the North America Free Trade Agreement could take some time 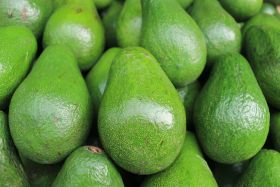 In just ten days, the seventh round of negotiations of the North America Free Trade Agreement (NAFTA) will take place. The agreement, covering Canada, Mexico and the US, offers lowered or eliminated tariffs for trade between the countries.

Reuters reported that the Mexico is one of the most important trade markets for the US, importing around $18.5 billion of agriculture products each year.

Some Mexican farmers are also showing displeasure at the agreement, as they believe it has had a negative effect on the country’s economy.

A small farmers representative told Reuters that the effects have been negative for Mexico’s indigenous farmers. Small grain growers have been the worst hit as they’ve found it difficult to compete with US imports.

Horticulture and livestock farms have flourished in Mexico under NAFTA and there has been indication that small grain growers in Mexico had been suffering from low prices long before NAFTA was put in place.

US President, Donald Trump has voiced his inclination to scrap the agreement on multiple occasions, in favour of blue-collar workers in the US, who blame NAFTA for the loss of manufacturing jobs.

A 2015 study by Ball State University cited that 87% of job losses in US manufacturing industry were due to automation.

Vox reported that the US is set on balancing its trade deficit with Mexico (hoping to import less than they export), and Canada and Mexico are trying to ensure they don’t end up with tariffs now, or in the future.

Negotiations could be lengthy, as each country wants to see benefit; the 1994 NAFTA took more than two years to complete.

If the US were to leave the agreement, free trade negotiations may continue between Canada and Mexico, and those 720,000 tonnes of avocados the US imported last year might find their way a little further north in the next season.

When asked by local media, Mexico’s foreign minister, Luis Videgaray said there were reasons to be ‘reasonably optimistic’ that the US will stay in talks.