Italian-owned firm has become a major exporter of apples and pears, as well as a key importer of bananas and pineapples 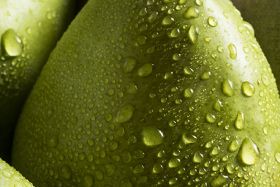 Founded in 2002, Cosur’s original role was to grade, pack and export pears and apples grown in Argentina’s Rio Negro valley.

That operation is expected to ship more than 19,000 tonnes of topfruit in 2018 from a modern, refrigerated warehouse in Villa Regina, sending the fruit to customers in Italy, Brazil, Mexico, Russia, the US and the Caribbean.

Four years ago, however, that export remit was extended to imports of bananas and pineapples for sale on the domestic market.

In 2017, Cosur opened a brand new warehouse in Buenos Aires dedicated to banana ripening. Its innovative technology apparently enabled the company to improve its distribution network within Argentina and build up this new area of its business.

This year, it is on course to import 7,000 tonnes of bananas and pineapples.

“These numbers are the result of a strategic growth process that Cosur and Battaglio have pursued over the years and has brought us to a significant rebranding operation [where] Cosur became Battaglio Argentina,” said a spokesperson for the group.

Battaglio, which has its headquarters in Turin as well as another distribution facility at the CAR wholesale centre in Rome, revamped its brand identity back in late 2017 in order to capitalise on growing interest in fresh produce among consumers and retailers.