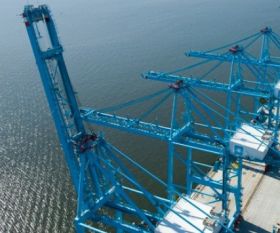 Dole has closed its facility at the container terminal at the port of Limón in Costa Rica with the loss of 240 jobs.

The multinational said in a press release that the decision to close the centre had been taken ahead of the opening at the end of last year of the new Moín Container Terminal, since operator APM Terminals has assumed most of the container handling functions previously carried out by Dole.

Dole added that maintaining its existing operation would be “ruinous” for the company.

The multinational employs more than 7,500 people in Costa Rica, exporting bananas and pineapples to the US and European markets.

Moín Container Terminal started operations in November last years and the deepwater pier  is scheduled for completion in February 2019.

“Thanks to Moin Container Terminal we will no longer be a port for small vessels that require the merchandise to be transhipped to reach its final destination, but a port that can receive the largest container ships currently with direct connections and links reliable intermodal to key markets,” said APM Terminals CEO Kenneth Waugh.