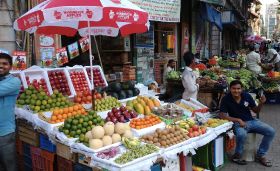 A cloud of uncertainty continues to hover over India’s apple import trade. Diplomatic relations with two key trading partners are at the heart of the conjecture, with an ongoing ban on Chinese apple imports having the most profound impact to date.

Hopes for a swift end to the China impasse were dashed over 2018, which is likely to result in a substantial decline in imports for the second consecutive season.

Industry sources believe a direct correlation can be drawn between the volume of fruit coming into India and the value proposition for consumers.

While India’s affluent middle-class is growing, price remains a key consideration when it comes to selecting apples. Srinivasa Ramanujam, an advisor to Adani Agrifresh, said there is a wide-held expectation among Indian consumers that the landed cost of an imported apple should be close to that of a domestically-grown apple. This condition had been perfectly met by Chinese suppliers.

“There is no other country that can supply the volume of apples that China could or supply them at their price points,” said Ramanujam. “The impact has been an increase in the price of imported apples and consequently lower demand from Indian consumers.”

Opportunity is often born from an obstacle and the China blockade seems to be no exception. Reports have emerged of trade continuing to take place illegally between the neighbouring countries.

“The reality is there is a substantial amount of Chinese fruit being smuggled into northern and central parts of India,” explained Parth Karvat, director of Yupaa Fresh.

“Fortunately, it has not penetrated major and other various interior markets of the country; it is an illegal activity and being done only in cities close to the borders and areas that do not have stringent checks on the origin of fruit.”

In China’s absence, the US emerged as India’s key supply source in 2017/18, producing 57 per cent of the apples imported by the South Asian nation.

On face value, the US looks likely to continue this trend in 2018/19. However, the Indian government has deferred the introduction of a 25 per cent tariff rise on US apples numerous times over the past 12 months, which has created a state of uncertainty among the Indian industry that is likely to linger until a definite ruling is handed down.

“The threat of a higher tariff had a big adverse impact on the import of apples from the US last season,” Ramanujam told Asiafruit. “Since the proposed higher tariff has been postponed by the Indian government several times, the trade is now confused about the stand the government will finally take.

“The upcoming elections in India and the progress of trade talks between India and the US will be major contributory factors for the government to decide on this issue once and for all.”

This is an extract from an article that appears in the March edition of Asiafruit Magazine, out now.