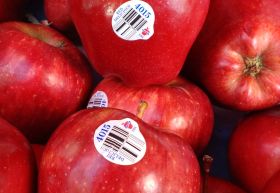 Mexico announced on Monday (20 May) that it has withdrawn tariffs on a number of US goods, including blueberries and apples, in retaliation to those applied by the US government on Mexican steel and aluminium last year.

Together, the foods represent around US$3bn of trade, estimated by the Mexican government to be a value equivalent to the damage suffered by the country’s steel industry.

The Mexican government said its decision to apply the tariffs to US agricultural products had been decisive in pushing decision makers in the US to pressure the Trump administration to eliminate its tariffs on steel and aluminium imports.

The Ministry of Economy of Mexico published its decision to eliminate the reprisal tariffs imposed on 5 June 2018 in the Official Gazette of the Federation (DOF), highlighting that the move was in response to the US Administration’s decision to eliminate tariffs on imports of steel and aluminium from Mexico and Canada from 20 May.

The Mexican government also noted that significant progress had been made in ratifying T-MEC, the treaty between Mexico, the US and Canada which was signed last November and will replace the North American Free Trade Agreement (NAFTA).