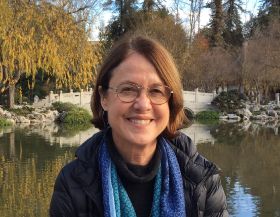 The Giumarra Companies has announced the retirement of Hillary Brick, senior vice-president of marketing and a long-time member of the company’s executive team.

Brick has worked for Giumarra since 1992, when she was hired to spearhead the company’s trade and consumer marketing efforts.

“Hillary’s efforts on behalf of the New Zealand kiwifruit industry to introduce the fruit to the North American market caught our attention,” said Don Corsaro, former president and current chairman of the Giumarra Companies. “She worked tirelessly throughout North America to make kiwifruit a household item. Her relentless determination and inclination to always seek new opportunities showed me that if anyone could build our marketing program at Giumarra, it would be Hillary.”

Notable achievements among Brick’s work with Giumarra include the development of the company’s tagline 'Feeding the world in a healthy way', as well as the creation of its Nature’s Partner brand identity in 2003.

“Hillary is a class act and instilled a strong sense of professionalism in our organisation that will remain with us for generations to come,” added John Corsaro, CEO of the Giumarra Companies. “We are better for having worked alongside her and her mentorship in our day-to-day operations will be greatly missed."