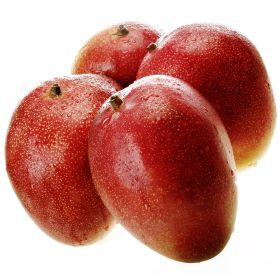 The future of Peruvian mango exports to Europe have been thrown into doubt following an EU decision to tighten controls on imports in order to prevent the entry of fruit fly.

From 1 September, mangoes will imports will have to have come from a country, region or farm declared free from fruit fly or be subjected to hot water treatment. Peru has opted to pursue the farm-free status.

“Peru has been exporting fresh mangoes to Europe for three decades, it has been and will continue to be our main market and an important source of work for thousands of families. In the last campaign that started in November and ended in March, it represented two thirds of our exports,” Rivera explained.

“The measure published by the EU will obviously have economic effects, but also social effects, since Peruvian mango production is highly fragmented and is in the hands of approximately 14,000 producers who each farm an average plot of 2.3ha.”

Europe imported US$166m of Peruvian mangoes in 2018, and although shipments are projected to fall this year on account of the smaller crop and greater market diversification, it remains the leading destination for Peruvian shippers.

With the new export season due to get underway in November, producers have little time to get their houses in order. In order to prove that their farms have been free of fruit fly for the required three-month period prior to shipments, they will have to apply the necessary measures in August if they are to be cleared for export from the start of the new season.

APEM has been working hard to ensure that its members are up to speed with the rule change but Rivera admits that carrying out a monitoring and eradication programme on a farm-by-farm basis will be a challenge. Nevertheless, he is optimistic that the industry will be able to comply with the new regulations.

“We have been fighting fruit fly for a long time, and will shortly initiate an eradication programme in Piura and Lambayeque that will further improve Peru’s phytosanitary security and fully expect to eradicate the pest and declare these zones fruit fly-free in the medium term,” he said.

Peru has long argued that European controls on fruit fly have more to do with protecting the economic interests of its own producers rather than preventing the pest from harming local production, and believes that this and other non-tariff barrier should be lifted under the framework of its Free Trade Agreement with the European Union.

However, Spain, which is the main European mango producer, has lobbied hard for stricter phytosanitary controls on imports, arguing that the pest poses a major risk to its producers.

In 2017 – the last year for which European Commission statistics are available – 178 harmful organisms were detected in mango arrivals from third countries, of which 149 were for fruit fly. This makes mangoes the product with the second highest number of interceptions, behind peppers.