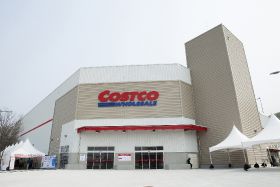 US-headquartered, membership-based retailer Costco is set to expand its presence in China by opening its first physical store at the end of August.

The company first entered the market five years ago when it set up an online store for Chinese customers. This new store will be located in Shanghai’s Minhang district and will open its doors on 27 August, Costco said on its WeChat account.

Costco will offer two types of memberships at its physical store, one for families and one for businesses. Both have and annual price of Rmb299 (US$43) and are available to be purchased now.

The company already has more than 700 stores worldwide with the majority spread across US, Canada, Europe and Asia. Although in China, where Costco’s retail model is uncommon, the company could face challenges.

One of these will be that Costco is not the first membership warehouse retailer to enter this market.

It will have to compete with Walmart, which already has an established presence with its membership-based format Sam’s Club.

It currently operates 23 Sam’s Club stores across 19 Chinese cities, including Shanghai, and has around 2m members.