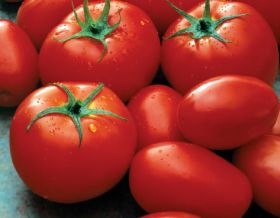 The Fresh Produce Association of the Americas (FPAA) has issued a statement refuting claims by the Florida tomato industry of unfair competition from Mexico.

The association accuses the Florida Tomato Exchange (FTE) of “innuendo and deception”, and of “a pattern of propaganda that is heavy on hyperbole and short of facts, evidence, and truth”.

“For the past three years, the FTE has stayed on message, repeating its claims of Mexico’s unfair trading practices, illegal government subsidies, dumping of tomatoes on the US market, worker mistreatment, and more without backing up their accusations with evidence of any kind,” the FPAA said.

The association points out that Mexico has a more suitable climate for tomatoes, grows more flavourful varieties that are more popular with consumers, and has a stronger, well-protected workforce than Florida’s.

It says Florida growers refuse to acknowledge that Mexico’s weather is simply better suited to tomato production, as Florida suffers from frequent hurricanes and has a subtropical climate that requires more pesticide applications than Mexico or California.

“Consumers prefer vine-ripened tomatoes and the evidence shows in your grocery stores. Look and you will see an assortment of tomatoes on the vine, heirloom tomatoes, Roma tomatoes, and shade house grown tomatoes that far outnumber open field grown gassed green tomatoes from Florida,” the FPAA says. “Why?  They taste better.

“In Florida, tomatoes are picked when they are mature but not ripe. This means that they still have a way to go before Mother Nature finishes up with the final flavour components, acidity (this is where that tomato tang comes from), and more.”

The Florida growers then put these green tomatoes into gas rooms and gas them with ethylene to get them to turn red.

“They call this process ‘de-greening’. They used to call it ripening but the government put a stop to that misleading claim,” the FPAA said.

“This is the way that tomatoes were grown a hundred years ago but Mexico turned to vine-ripened tomatoes about a half-century ago and had a steep learning curve before they overcame soft tomatoes, shorter shelf life, and other challenges but they finally got it right and consumers flocked to their products.”

The FPAA also pointed out that Mexico has a stronger agricultural workforce than Florida, with strict labour laws that include not just wage regulations but also healthcare for every worker – which is not the case in Florida.

Another claim by the FTE that Mexican tomato growers receive ‘illegal’ subsidies is also refuted by the FPAA.

“Mexico has had programmes to promote agriculture, but they are small and nothing like our USDA programme. To the contrary, US government assistance to agriculture dwarfs anything that Mexico could possibly do,” the association said.

It went on to accuse the FTE of painting an inaccurate picture of farm closures, claiming that many had decided to take advantage of Florida’s real estate boom, while others were bought out by larger tomato companies.

“Most importantly, Florida growers failed to see the rest of the agricultural world evolving into the 21st century and got passed by.

“Now they are crying foul. They are mostly producing flavourless tomatoes that consumers have abandoned, and they are trying to use politics to maintain an outmoded business model.

“Another thing FTE fails to mention is Mexican tomato imports are an important economic driver for U.S. companies and job creation,” the association said.

According to the FPAA, Mexican tomatoes account for 33,000 US jobs earning US$1.4bn in employee compensation, US$353m in business owner income, and US$801m in corporate profits and other returns.

This totals US$2.9bn in GDP that is directly and indirectly supported by the value chain delivering imported fresh tomatoes from Mexico to US and US consumers through grocery retail and foodservice industries.

The FPAA concludes by saying: “We strongly agree that US farmers must be protected but the FTE actions go well beyond the intent of the law.

“They are attempting to create a seasonal monopoly to force their products onto the American public to make up for their lack of foresight and innovation. In short, they are trying to regulate their way to profitability.

“The FTE is trying to create a seasonal monopoly on tomatoes because they are finding it difficult to compete largely because of their lack of innovation.

“The costs of this, if the FTE gets its way, will be borne less by the Mexican tomato growers and more by American consumers who will see increased prices, less variety and quality, and inconsistent supplies from a single growing area located in the heart of Hurricane Alley.

“By using faulty arguments to bolster their political position, FTE risks harming a U.S.-Mexico relationship that more than ever requires trust and strong bilateral cooperation.”