Group's international fresh produce division, which includes T&G Global, will be run by Benedikt Mangold from next month 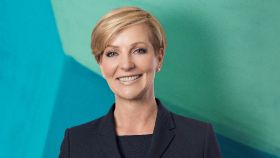 Christiane Bell joined BayWa in May 2013

Christiane Bell, head of global produce at German conglomerate BayWa, is to leave the company at the end of March 2020, the company has announced.

Bell's departure, which was apparently "at her own request", will come just a little under seven years since she joined the company from German discount retailer Penny Markt, where she was a buyer with responsibility for fruit, vegetables and baked goods.

Prior to that role, she had worked as a senior executive at Dutch produce marketer The Greenery, overseeing its commercial sales operations in Germany and Scandinavia.

During her time with BayWa, Bell is credited with helping to transform BayWa’s fruit business from a regional one centred on its domestic production to an international business unit incorporating operations in New Zealand (following the 2012 purchase of fruit and vegetable distributor T&G), Australia, Belgium, China, Japan, Netherlands (acquiring the Tropical Fruit Company under her direction), Peru, Thailand, UK. UAE (through a joint venture greenhouse project with Al Dahra) and US.

According to a statement issued by BayWa, Bell "systematically developed" T&G  Global as it is now know, particularly in Asian markets that now form a central part of the group's strategic vision. 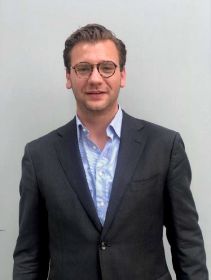 Benedikt Mangold takes over at the start of August 2019

"Internationalising BayWa’s fruit business and contributing my expertise to the establishment of the new Global Produce business unit was a valuable experience for me,” Bell herself commented.

“Now it’s time for me to take on new challenges. I will always look back with fondness on my time at BayWa.”

BayWa said it deeply regretted Bell’s decision, but also thanked her for her "extraordinary dedication" and the valuable role she had played in its development over the past few years.

Benedikt Mangold, who has worked for BayWa since 2011, will take over from Bell at the beginning of August, leaving her to work in an advisory capacity until her departure.

Mangold was most recently working as BayWa's head of international strategic planning and transformation at T&G Global.

Since the start of 2019, he has also been responsible for special and private customer sales in the group's agricultural equipment division.