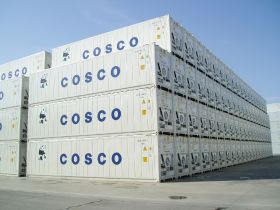 The new service, which sails direct from Moín Port in Limón, to Shanghai, will reduce transit time from 34 to 40 days to 22 or 23 days.

According to a Q Media report, the first ship arrived at Moín Container Terminal on 22 September after collecting products including pineapples bananas.

Alfredo Volio, vice president of the National Chamber of Producers and Exporters of Pineapple (Canapep), told Q Media Costa Rica had faced serious problems with sending fresh produce to China with transit times of up to 40 days reducing the competitiveness of its products.

“Some containers were sent by Moín, others by Caldera, others by Panama after a long land transfer, a complete nightmare,” Volio said.

The new service is expected to be repeated in 22 days time and exporters such as Volio hope the frequency of the service can be increased to once a week.

Once exporters know they have a fast service they can rely on, Volio said the next challenge is to build relationships with Chinese buyers and distributors.