RSA citrus sets sail to US

The first containers are on the water, but the first conventional vessels are only expected in late June 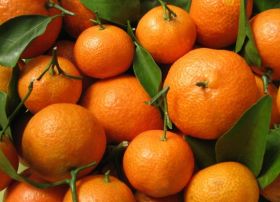 The first containers of South African citrus for the 2020 season have been shipped to the US, and exporters are confident of a positive season, with a good crop and growth in the late mandarin sector.

“We have had excellent growing conditions with enough water to set the crop,” said veteran grower and marketer Piet Smit, also a former chairperson of Summer Citrus from South Africa.

Summer Citrus from South Africa is the umbrella under which exporters and growers in the Cape have been united for more than two decades in building their US citrus campaign.

The body combines the efforts of the export industry to promote Summer Citrus from South Africa, but most importantly also coordinates shipping to ensure regular fresh arrivals throughout the season, while promoting healthy competition between exporters and receivers in the US.

The citrus export crop destined for the other side of the Atlantic is grown in the Western and Northern Cape.

Efforts to expand supply to other growing regions in South Africa have so far been unsuccessful and, at least for this season, the growers in the Cape regions will have this market to themselves.

The containers are shipped directly to Philadelphia, with the possibility of delivering directly to Dallas, and these will be followed later this month by the first conventional reefer vessels, timed to dovetail with the Californian industry.

Under normal conditions, inspectors from the USDA’s Animal and Plant Health Inspection Service (APHIS) would travel to Cape Town throughout the season to approve the fruit in terms of the relevant protocol for shipment.

This year it is different, with South Africa-appointed inspectors doing the work under the supervision of a local APHIS official who is stationed at the US consul-general’s office in Cape Town.

Piet Smit said that South Africa’s citrus would benefit from the worldwide increase in demand for the fruit.

“We are confident that it will also be the case in the United States when our peak arrivals takes place," he said.

"While South Africa in general has a bigger citrus crop than last year, here in the Western Cape and for our USA programme we really talk about growth in late mandarins. There is high demand for these mandarins and we anticipate that they will again be doing well this year.”

Smit explained that citrus growers were grateful they could more or less continue with normal business while so many other sectors of the economy had been closed down.

“We therefore take our responsibility of keeping our staff safe and adhering to all regulations very seriously," he added.