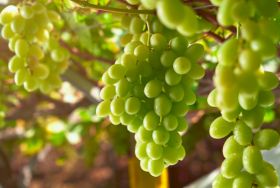 San Miguel has started its 2020/21 Peruvian grape season with high expectations and projections to increase production by almost 1,000 tonnes.

The company anticipates a shipment volume of almost 7,700 tonnes, mostly of the Sweet Globe variety, which will be sent primarily to the US and China.

In spite of the challenges of Covid-19 and lower-than-average temperatures, the company reported a smooth start to the season.

“We have implemented a number of corrective measures that have allowed us to reach the harvest season having mitigated risks,” said Pablo Zócalo, operations manager at San Miguel in Peru.

“The fruit looks very good, with well-formed and homogeneous clusters. We have been working hard to improve quality. We have put nets to prevent birds from reaching the trees in 70 per cent of our fields and we have finished consolidating the packing operation into a single facility within the farm with the support of a strategic partner.

“This allows us to accelerate transfer times, minimizing dehydration losses and maximizing the use of this crop.”

Peruvian grapes are exported mainly to the US, followed by China and some European countries.

This year’s Peruvian grape volume is projected to grow by 15 per cent compared to last season, with much of this growth being in the premium varieties which are mainly sent to the US.

San Miguel has been expanding its presence in the US market and is the second biggest Peruvian exporter of green seedless grapes to this country.

Sweet Globe enters during a strategic window, in the transition between the California and Chilean grape seasons. To complement the supply of green grapes, San Miguel also offers Sugar Crisp within this window.

“Our priority is to develop greater depth in our programmes with the main US supermarkets. We have been working with these retailers for several years now,” said Anya Jaworski, avocado and grape manager at San Miguel.

Elsewhere China, the world's largest grape producer, has been increasing its green seedless grape production, which is helping to drive counterseasonal demand.

“We enter in an early window, just before the Chinese New Year, with a premium quality grape. That is why we expect a good demand for the transition between their own fruit and counter-season fruit,” Jaworski continued.

All of San Miguel’s Peruvian grape offer is made up of premium, seedless varieties. Green grapes account for 74 per cent of production (mostly Sweet Globe), while 24 per cent is made up of Sugar Crisp, which is harvested and sent just when the shipments of the former are finishing (near New Year.

In the case of red grapes, the company produces Jack’s Salute, the most demanded variety of this segment.

In addition to its usual sales window, this year San Miguel trialled an autumn Sugar Crisp harvest, making this the first year in which the company exported a double harvest of this variety from Peru.

The company said 18ha were harvested and a total of 12 containers exported. Thanks to the success of this first experience, it plans to produce a double harvest in 100 per cent of its Sugar Crisp fields, equivalent to 80ha, in 2021.

San Miguel has more than 1,200ha of citrus, avocado and grape production in Peru which it ships to the US, Asia and Europe. The Argentine company moved into Peru in 2017, with the purchase Agrícola Hoja Redonda, adding a strategic point of origin due its exit to the Pacific Ocean.

San Miguel now has operations in four of the major citrus producing and exporting countries in the Southern Hemisphere: Argentina, Uruguay, Peru and South Africa, enhancing its stability and sustainability, since it allows it to improve access to markets while contributing to mitigate the main risks associated to the activity, related to weather, phytosanitary and macroeconomic factors.

This strong situation allows it to have an outlook into the future that takes into account the wellbeing of the nearby communities.