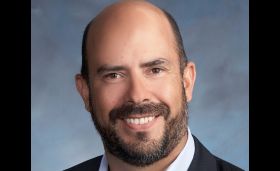 Peru-based fresh produce multinational Camposol has announced the promotion of José Antonio Gómez Bazán to the position of CEO, a role he took up on 21 September.

In recent months, chairman Samuel Dyer Coriat had been acting as executive chairman while the board of directors looked to hire a new CEO; Coriat will stay on as chairman of the board.

Gómez Bazán has over 20 years of experience in the international food industry. In the last ten years he has led the transformation of Camposol into a branded fresh and healthy food multinational company.

Gómez Bazán is currently serving as a board member for the United Fresh Produce Association, vice-chair in the Peruvian Avocado Commission and director of the World Avocado Organization.