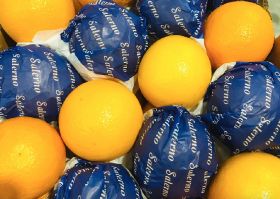 Fresh produce group Salix Fruits has said that the Southern Hemisphere’s orange season is set to end shortly with what it has called a "positive balance" when compared with the previous campaign.

"The balance shows a recovery of 11 per cent in the volumes of Argentine oranges, with 4m boxes of 15kg shipped in 2021," said Shaun Swart, country manager for South Africa at Salix Fruits.

"South Africa maintains its volume of 71.3m boxes of oranges already loaded, and will reach 82m boxes, 3 per cent higher than 2020, being the undisputed leader of the Southern Hemisphere," Swart continued.

"This country in recent years has become an important player in the supply of oranges for the Northern Hemisphere," said Swart.

This year was marked by logistical difficulties, he noted. "The lack of containers, the congestion in the destination ports of the main consuming countries, added to the serious problems in South African ports, made logistics the predominant factor in the campaign. Transportation cost increases have been a 'black swan' for the sector, eroding profitability."

"The pandemic caused vitamin C to be a product appreciated by the whole world, and that led to an increase in consumption," he explained.