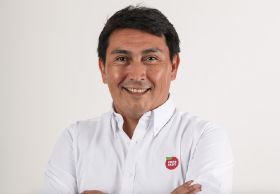 Copefrut has announced that it has signed a contract to commit to 100 per cent clean energy supplies and renewable sources with Enel Generación.

According to the Chile-based fresh fruit producer and exporter, the contract allows it to change where its energy comes from for operations in processing plants within the country's central region.

“We believe that it is our responsibility to rethink agriculture in the coming years, so we are taking on vital commitments in terms of sustainability and responsibility for the environment," said Manuel Ibáñez, Copefrut operations manager. "Ensuring the supply of 100 per cent clean energy in our production processes is one of the actions that allow us to advance decisively in the matters that mark our current and future challenges.”

According to data from the Intergovernmental Panel on Climate Change (IPCC), burning fossil fuels to produce energy and heat in industries, homes and for transport represents 60 per cent of greenhouse gas emissions, causing global warming and climate change.

"In agriculture, energy is used in various ways, for example for pumping water for irrigation or drainage, in machinery, treatments or harvesting, during packing and conservation of the fruit among many other processes in the production chain," Copefrut stated. "Given these considerations, the adoption of these commitments is urgent at the industrial level to help solidify the transition from polluting sources toward the use of renewable, clean energy."

The agreement, which was finalised in May 2021 and will last for four years, looks at energy supplies such as wind, solar and geothermal or hydraulic in order to obtain the green seal from International Renewable Energy Certificates (I-REC), an independent international body that certifies all energy supplied by Enel is pumped into the National Electric System (SEN) by renewable generation sources.

Copefrut said this would allow it to reduce greenhouse gas emissions, make the most of energy traceability, certify origin and ownership, and most importantly, minimise the environmental and social impact of production processes.

“With this contract and through this certification, we can support our clients in meeting their strategic goals, such as having operations that are increasingly sustainable and friendly to their community and environment,” said Humberto Espejo, Enel Generación’s trading and marketing manager.

Without a doubt, this is a challenge and commitment that all industries should adopt and that Copefrut has already incorporated into its business vision and mission.