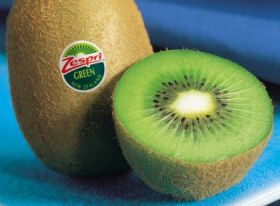 However, the group's Green Organic kiwifruit have endured a fall in sales of 12 per cent this season, with a final figure pegged at 374,000 tonnes.

Competition stands in the form of limited volumes of early Californian Hayward kiwifruit, with a size profile skewed to smaller sizes, the group said, while small amounts of Italian Hayward are available in Canada.

Meanwhile, the group has reported that planning for the 2009 season has already started, with the group preparing strategies for both a normal season and one involving a downside as the global economic slowdown continues.

"As we close out the 2008 season we are all turning our attention to the 2009 season, particularly in these extraordinary economic times," said Zespri's newly-appointed chief executive officer Lain Jager. "We have seen a massive erosion of wealth in financial and housing markets globally and combined with a sharp tightening of credit this is leading to a sharp slowing of consumer spending.

"One of the characteristics of the current global financial situation is the extreme volatility of markets, so the reality is that the impact of food and, more specifically, fruit markets next season, remains unclear," he added.