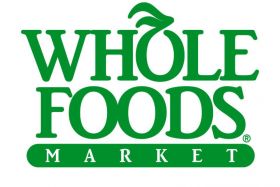 Pursuant to FTC protocol, the settlement agreement has been placed on public record for a 30-day comment period ending 6 April 2009, after which the FTC will issue a final ruling.

Under the terms of the agreement, a third-party divestiture trustee has been appointed to market for sale:

This 12-month period may be further extended to allow the FTC to approve any purchase agreements submitted within that time period. The only other obligations on the company imposed by the settlement agreement are in support of the divestiture trustee process.

“We are pleased to have reached a mutually-satisfactory agreement with the FTC,” said John Mackey, chairman, chief executive officer, and co-founder of Whole Foods Market. “We believe it was in the best interests of all our stakeholders to resolve this matter so we can dedicate our full attention to selling the highest quality foods available in our inviting store environments.

“It will be business as usual in the 13 operating stores to be marketed for sale. We are committed to serving our shoppers by continuing to operate these stores in the manner our customers deserve and expect. We will be offering team members in stores that are sold the choice of either a guaranteed job offer in another store or an enhanced severance package.”

After receiving final approval by the FTC, which is expected prior to 30 April 2009, the company expects to record a non-cash charge of approximately US$19m or less relating to the potential sale of the 13 operating stores.