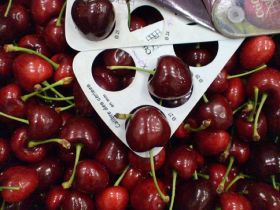 The volume of Chilean cherry exports to major world markets fell last season (2008/09) due to the effects of the global recession, according to new data published by SIMfruit, the Fruit Market Intelligence System created by the Chilean Exporters Association (ASOEX) and the Chilean Federation of Fruit Producers (Fedefruta).

“The economic crisis negatively affected exports since cherries are a luxury item, plus the cold weather reduced demand for fruit in general,” explained a spokesperson at SIMfruit.

Shipments to the US declined by 15 per cent to 17,000 tonnes, despite the fact that the exchange rate between the US dollar and Chilean peso was more favourable to Chilean exports. Prices also fell by 13 per cent in comparison to normal.

Cherries sent to Europe were also down by 2.5 per cent compared with volume exported during the 2007/08 season.

Volume shipped to Asia, meanwhile, rose by 4 per cent and SIMfruit said demand in the region remained stable throughout the season.

“The lower prices recorded for fruit both from Chile and Australia allowed for the easy movement of fruit and avoided a build-up of stocks,” SIMfruit added.