Canadian retailer experiences mixed third quarter, with profit up 20.4 per cent on the same period of 2008 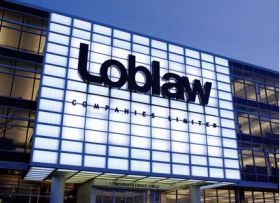 Loblaw has announced that group profit hit US$179.8m during the third quarter of the year, an increase of 20.4 per cent on the US$149.4m earned in the corresponding period last year.

The Canadian retailer achieved profit growth despite a fall in sales, which dropped 0.2 per cent to US$9bn, while same-store sales decreased 0.6 per cent, the Progressive Grocer reported.

According to the group, sales were positively affected by the shift in Canadian Thanksgiving holiday sales into the third quarter from the fourth quarter in 2008, but were hit by the sale of Loblaw's foodservice business in the same quarter last year.

"As we progressed through the third quarter, our sales were increasingly impacted by the significant decline in deflation and the ramp-up of our pricing investments," said Loblaw executive chairman Galen Weston. "Earnings benefited from coast containment and supply chain efficiencies.

We expect that sales and margins will be challenged due to decreasing inflation, competitive intensity and our ongoing renovation and infrastructure programmes," he added.