Coolness a must for Japanese fruit 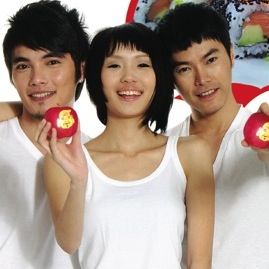 In his first speech to the Diet (parliament), Japan’s former PM Shinzo Abe pledged to formulate the Japanese Cultural Industry Strategy, which would “boost the competitiveness of areas that represent the good traits and uniqueness of Japan and present them to the world”. It’s more likely he was thinking of “areas” like film, fashion, art or animation rather than fruit. For the country’s role as a cultural exporter and global trendsetter has flourished in recent times. The leading manufacturer of goods like cars, cameras or stereos is now fast becoming the world’s foremost creator of “Cool” – from Pokémon to Issey Miyake.

But Mr Abe’s words might easily be applied to the country’s fresh fruits, which represent a form of art and are certainly “unique”. In fact the Japanese government is now on a mission to “present its fruits to the world” through trade fairs and other promotional vehicles. This push forms part of its broader multi-million dollar campaign to double the country’s food – and fruit – exports within five years.

It’s an ambitious target, and sceptics have singled out the sky-high prices of Japanese fruits as a sticking point to their catching on in world markets. But these exceptional prices reflect the exceptional methods used in growing the fruit, which often result in products with exceptional appearance and flavour. Japanese growers spend considerable time and energy creating better and better varieties, as well as carefully nurturing each piece of fruit on the tree or vine. The result is a luxury product like no other, which explains why it is so often presented as a gift.

With the growing purchasing power of Asian economies, and consumers elsewhere in the world increasingly seeking out something unique in a commodity-led market, people may well be ready to pay the premium for this delicious ‘designer’ fruit.

Indeed, the major challenge is unlikely to lie so much in market acceptance as in the operational and logistical issues of getting this fruit to market. The industry has to establish an efficient supply chain to service new markets beyond the tried and tested destinations like Taiwan and Hong Kong. For all the money the government is ploughing into the export push, it is unlikely to achieve its goals unless the actual growers and exporters can be engaged in a coordinated strategy. With their traditional focus on the domestic market where consumers still pay a premium for their prized locally-grown fruits, few growers are geared up for export, so a change in mentality is required.

Interestingly, a key driver of the government’s campaign is to revitalise rural Japan, where an ageing population of farmers is threatening the country’s ability to supply consumer demand for local produce. Even if the campaign falls short of its export target, it may well succeed in lifting local supplies at a time when anxieties about the safety and integrity of imported products appear to be as strong as ever.