Japan and Brazil have finally completed negotiations over the import of the latter’s Kent mangoes, Japanese officials have announced 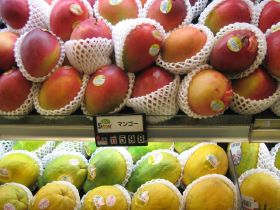 Brazil is set to commence shipments of Kent mangoes to Japan following the completion of negotiations between the two countries which had been ongoing since 2005.

Although the South American nation has been exporting Tommy Atkins mangoes to Japan since 2004, Brazilian negotiators were required to give guarantees over the safety of the produce, according to Brazil’s InvestNews, which quoted the Japanese Ministry of Agriculture.

Under the terms of the agreement, Japanese food inspectors will also travel to Brazil to oversee the treatment of the produce following the harvest, which is set to begin in October.

Brazil produced some 15,700 tonnes of Kent mangoes last year, of which 20 per cent were exported, principally to the Netherlands.