Peruvian asparagus set to make gains in US 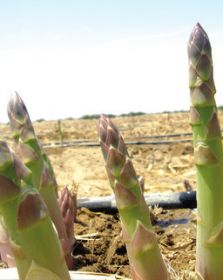 Peruvian asparagus exports to the US are expected to rise by 8-10 per cent in 2008/09, according to the Peruvian Asparagus Importers’ Association (PAIA).

The US imported 124m kg of fresh asparagus last year, of which 56 per cent came from Peru. The US Department of Agriculture says imports from Peru rose by 998,000kg between 2006 and 2007 alone.

Figures from the Produce Marketing Association show that per capita sales of fresh asparagus have been rising since 1998 and it is now ranked amongst the top 20 best sellers in the fresh vegetable category.

The PAIA forecasts abundant supplies right through to the winter holidays and says it will focus on increasing demand through a sustained trade and consumer marketing campaign during the rest of 2008.