Landmark cold chain deal between US and Chinese ports 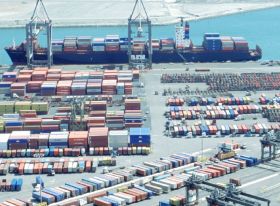 A severe lack of cold chain services in China has long been an impediment to expansion for US fresh produce exporters, but a new strategic partnership between the US Port of Oakland and Chinese port operator China Merchants Holdings International could go some way to addressing the shortfall.

According to US publication the Maritime Executive, the Port of Oakland signed an agreement with China Merchants Holdings International Company (CMHI) at the latter's Hong Kong headquarters earlier this month with a focus on developing and marketing supply chain solutions across China for US exports, particularly agricultural commodities.

In an initiative that could significantly extend the reach of US fresh produce in China, the two groups are expected to work on improving warehouse and logistics facilities and creating unbroken cold chain services for US companies exporting their perishable products to the country.

The Port of Oakland, the fifth-busiest in the country, serves as a leading West Coast gateway for US food exports to the world, including fruit and vegetables, nuts, wine and meat. The port's proximity to one of the world's most prolific breadbaskets, notably the San Joaquin Valley, is a distinct advantage. At a value of US$1.8bn, the category 'edible fruit and nuts' ranked as the port's leading outbound export commodity during 2009.

"The Port of Oakland has become the gateway of choice for San Joaquin Valley exporters," spokesperson Jahan Byrne told Asiafruit Magazine earlier this year. "We're not nearly as large as the two ports to the south so the scale of operations is a natural fit for perishables."

CMHI, meanwhile, is one of China's leading port operators with a strategic network of ports covering China's coastal regions, including the Bohai region, Yangtze River Delta, Xiamen Bay Economic Zone, Pearl River Delta, and the southwest region, according to the Maritime Executive. CMHI handled some 25m TEUs at its ports, terminals and logistics facilities in the first half of last year.

Port of Oakland's executive director Omar Benjamin hailed the landmark significance of the agreement. "The form and scale of this partnership is a first for the US port industry," he said. "China is a significant and rapidly growing market for US food and agriculture products, but the lack of cold chain services is inhibiting the export potential. Our initiatives will help to make it easier, safer and faster to export US products from California and distribute them throughout China."

CMHI recently bolstered its position in cold chain logistics through a joint venture with US-based company Americold, known as China Merchant Americold Logistics Co. The agreement cemented its status as a leading provider of third-party temperature-controlled logistics in China, with a nationwide network covering 15 cities.

Recent studies suggest that there is a gaping hole in the market to fill for the new alliance between Port of Oakland and CMHI. A report last year from the USDA's Foreign Agricultural Service underlined China's "acute need for for capable third-party logistics providers" to address the country's severe cold chain issues. Lack of infrastructure and poor management are hindering the development of cold chain logistics and resulting in "massive product losses", the report said.