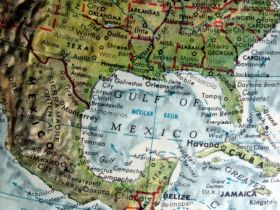 Major damage to Mexican tomato and vegetable crops in the central state of Morelos has been reported after heavy rains and flooding affected southern and western regions of the country.

Up to 200ha of tomato and vegetable production in the state has been affected by the conditions, with the crop losses estimated at more than US$1.79m, according to La Jornada Morelos.

Julio Padilla Trujano, general secretary of the National Union of Agricultural Workers (UNTA), told the newspaper that many harvests in lower lying areas were “beginning to be lost” as a result of the heavy rains.

Mr Padilla Trujano also slammed the Mexican agriculture department (Sagarpa) for what he claimed was a failure to direct resources to affected areas.

The heavy rains, which hit the country between 15 June and 15 July, have reportedly affected 150,000 people, principally in the states of San Luis Potosí, Tabasco, Chiapas, Zacatecas, Tamaulipas and Veracruz.