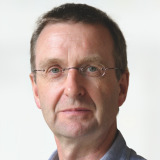 Tim Lang has been Professor of Food Policy at City University London's Centre for Food Policy since 2002. After a PhD in social psychology at Leeds University, he became a hill farmer in the 1970s which shifted his attention to food policy, where it has been ever since. For years, he's engaged in academic and public research and debate about its direction, locally to globally. His abiding interest is how policy addresses the environment, health, social justice, and citizens. What is a good food system? How is ours measured and measuring up?

He has been a consultant to the World Health Organisation (eg auditing the Global Top 25 Food Companies on food and health), FAO (eg co-chairing the definition of sustainable diets) and UNEP (eg co-writing its 2012 Avoiding Future Famines report). He has been a special advisor to four House of Commons Select Committee inquiries (food standards x 2, globalisation and obesity), and a consultant on food security to the Royal Institute of International Affairs (Chatham House). He was a Commissioner on the UK Government's Sustainable Development Commission (2006-11), reviewing progress on food sustainability. He was on the Council of Food Policy Advisors to the Dept for Environment, Food & Rural Affairs (2008-10), and was appointed to the Mayor of London's Food Board in 2010. He helped launch the 100 World Cities Urban Food Policy Pact in Milan 2015.

He and the Centre for Food Policy at City University London work closely with civil society organisations, through Sustain the UK NGO alliance (which he chaired in the past) and the UK Food Group. He has been a Vice-President of the Chartered Institute of Environmental Health (since 1999) and President of Garden Organic (since 2008). He currently chairs the Food Research Collaboration, an inter-University, inter-disciplinary academic collaboration with UK civil society (www.foodresearch.org.uk), and leads his University's involvement in the 5 University IFSTAL partnership (www.ifstal.ac.uk) which shares food systems thinking for post-graduates in a wide range of disciplines.

He has written and co-written many articles, reports, chapters and books. His most recent books are Food Wars (with Michael Heasman, Routledge, 2015), Unmanageable Consumer (with Yiannis Gabriel, Sage, 2015), Ecological Public Health (with Geof Rayner, Routedge Earthscan, 2012), Food Policy (with D Barling and M Caraher, Oxford University Press, 2009) and the Atlas of Food (with E Millstone, Earthscan 2003/2008). He writes frequently in the media and wrote a monthly column in The Grocer 2000-15.

He was elected Fellow of the Faculty of Public Health in 2001, and Fellow by Distinction in 2014; is an Hon Freeman of the Worshipful Company of Cooks (City of London); and won the Agri-Bagri Award of the Australia-New Zealand AgriFoodNetwork. He rides a bicycle to work, doesn't own a car and grows vegetables and fruit in his London garden.

His current research interests include:
- The political and policy battles over sustainable diets and the meaning of food security;
- Institutional failure to create coherent food policies;
- Food democracy and the growth of democratic experimentalism about the future of food;
- The shape and status of EU, UK and global food policies

There are no articles written by Tim Lang for Americafruit.